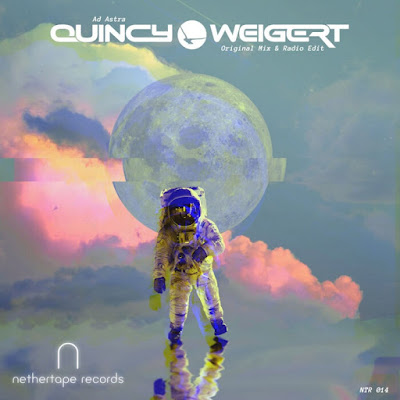 One of dance music's most exciting attributes is the fact that it is never stagnant. Constantly reinventing itself with new ideas. The appearance of new and promising artists who give it their all, telling their tale through the music medium is another glorious thing we love about the genre. One of these artists is an up and coming producer that goes by the name of Quincy Weigert. This talented artist has been steadily riding the wave of success over the years, as he has been frequently supported by some of the scene's finest including "Paul Oakenfold", "Markus Schulz", "Cosmic Gate", "Ferry Corsten" and many more. His new release is out now on all major dance music portals via "Nethertape Records" and it is a riveting one at that.

"Ad Astra" kicks things off like a locomotive in full force. Growling basslines, rhythmical percussion and a wondrous otherworldly theme is eloquently been laid out by the artist. Female vocal wails add an extra bit of flair to the emotional charged atmosphere that begins to form all around. A medley of melancholic melodies sweeps in as tiny droplets of luscious melodies and overpowering synths give the joyous listener the tendency and feeling that time is rapidly running out, much like the sand in an hourglass, precious and valuable like life itself.

A powerful, adventurous tune that will easily gain a place in the audience's hearts and the DJ's digital crates! Majestic and euphoric!

Posted by MusicTalk at 11:58 AM No comments: 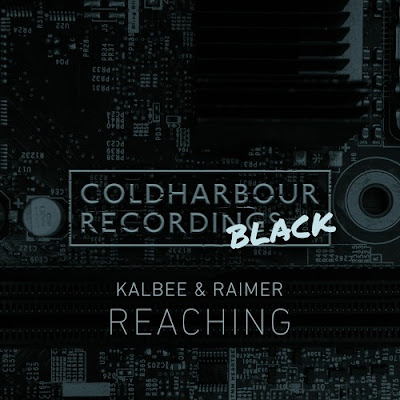 We have had quite a number of artist duos over the long and prosperous years of clubland. Some rose to greatness but later went on their separate ways. Others followed the road ahead, despite the many hurdles and obstacles in their path. The fact remains though that quite often, mathematically speaking, two minds can be better than one.They can easily exchange ideas back and forth, while at the same time motivate each other thus keeping their musical vibe alive and well. One of these rather new founded duos are American artists "Kalbee & Raimer". These two musical prodigies have left a rather successful year behind them and what better way to demonstrate that than with a new offering to the dance music cosmos. These two have gained loads of attention from well known dance music icon "Markus Schulz", whose gift for discovering and nurturing talented artists is uncanny. He invited them to share their sound with the world more than often on his label "Coldharbour Recordings". Their new release finds them on the harbour once more, the "Coldharbour Black" imprint to be exact. Fitting place for these two as their single "Reaching" has just the right stuff to be part of the darker, techier, more sinister part of the label.

Through the thick mist that forms from the very beginning of the track, pounding basslines and distant horns can be heard. Eerie, mysterious melodies emerge, pairing up marvelously with the distinct darkness of the main bassline, guiding us all along a treacherous journey through the deepest, unexplored chasms of the Earth. Seeing is usually the first sense but in this case, our ears play the leading role as our definite guides throughout the ongoing darkness that surrounds us all. Alert, vigilant, with an ever rising sense of adventure brooding in the very core of our soul, we charge on with faith as our protector. Shades of grey loom in from every angle while faint noises can be heard from afar. The hazy, mesmerizing melodies in the midst of the tune give us a moment of temporary clarity, right before the subterranean leads take off, with a kind of hidden wrath boiling from within.

A tune of exceptional purpose. Dark, mysterious and hauntingly beautiful. It will definitely sit well with those craving the more furious, edgy and underground side of dance music. Well done guys!

Posted by MusicTalk at 11:32 AM No comments: 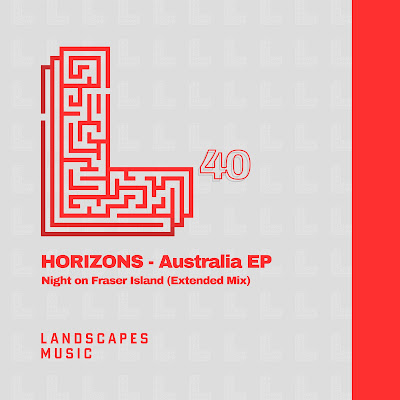 In the final month of last year, one of dance music's upcoming and most promising labels "Landscapes Music" ushered in a final release to bid farewell to a most fruitful year music wise. This release was created by none other than the founder and owner of the label himself, Shyamol Maracci. Best known under his artist name "HORIZONS", he is an artist known for showcasing beautiful scenery and landscapes for that matter, throughout his aural productions, the artist name he chose for himself could not be more fitting. Surely one familiar with his work can recognize his expertise in all of his eclectic releases. His latest musical outing is on home label "Landscapes Music" and is dubbed "Night On Fraser Island" part of the "Australia EP".

An air of evident mystery can be found encircling this majestic offering, as darker undertones solidify the tune's stunning presence. Ethereal melodies ascend with the highest grace from the tune's grave foundations. A perfect harmony of layers in which every element complements its siblings accordingly, thus forming a window through the sound barriers, a glimpse into an isle of infinite beauty. "Fraser Island" appears to be a truly magical place wrought with joy, heart stopping scenery and breathtaking views. The splendor of nature and the awe factor are ever so present here, demonstrated exquisitely through the artist's musical touch.

Another beauty of a tune crafted from the "Landscapes Music's" main man. Great way to send off the year and usher in the new one full of promise and hope within one's heart!

Posted by MusicTalk at 11:35 AM No comments: