Santos Torres widely known under his DJ/Producer alias “Monoverse” has certainly been dominating the airwaves with his array of productions, all featuring his distinct sound which has propelled him to stardom.

Boasting releases left and right on esteemed labels such as “Enhanced Recordings”,
“Lange Recordings”, “Infrasonic Recordings” and most recently “Coldharbour Recordings” he continues to gain further recognition from some of the biggest names in the scene.

His own productions have been supported in clubs worldwide by artists such as Armin Van Buuren, Markus Schulz, Paul Van Dyk, Gareth Emery, Max Graham, M.I.K.E., and Sean Tyas which has been another factor to put an even bigger smile on this talented artist’s face.

Beyond keeping busy in the studio, keeping his creative juices flowing, Monoverse hosts his own radio show entitled “Monoverse Radio” on the world acclaimed Afterhours Fm showcasing his essential selection of tracks alongside his own productions and remixes.
If that wasn’t enough he also has had the privilege of opening for Markus Schulz on his “Watch The World Tour” and played along artists such as Boom Jinx, Nitrous Oxide, DJ Eco, Ferry Tayle and much more.

Never standing still and always moving ahead, Monoverse is an artist with an extreme passion for Dance Music which is by all means evident in his productions and DJ performances.
Keep that name handy we are sure to expect great things from him.

It was truly an honor to take this written interview with you. Many thanks for the opportunity! 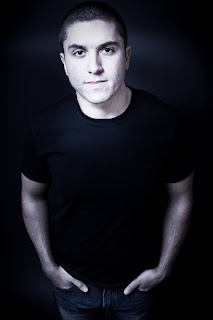 Question 1:
What was the force that pushed you headfirst into the wondrous world of dance music?

I started collecting live sets to listen to while working out when I was much younger, and eventually started to actively follow trance music releases.

Question 2:
How did you come up with your own distinctive sound that is evident in your productions?

I’m glad to hear the question phrased in this manner because for me, it is still a work in progress. My sound is constantly changing, and I never try to make the same thing twice. So, I am always a little concerned that I might not have a ‘sound’. I suppose it has carried over through time and experience in making music, and of course your own personal taste plays a heavy role in developing your sound even across different styles and genres.

Question 3:
You recently released the massive "Powerplay"on the well acclaimed label "Coldharbour Recordings" which stormed the dance floors worldwide and has been supported by many of the heavyweights in the scene.
How does it feel to have had such an impact and are there any future plans  on releasing a follow up on the aforementioned label?

It’s always an amazing feeling to see your track played to clubs and festivals across the world, especially in the sets of one of the artists you’ve looked up to since you started out. I can’t really describe it otherwise! I love working with the Coldharbour crew, so I am sure there will be more to come in the future.

Question 4:
This next one must be a question you get often.What is the origin of your artist name "Monoverse"?

I’m always asked this, and I’m always glad to answer. I stumbled across the term when reading up on quantum physics. I’m by no means an expert, but the term was used to describe a singular universe with a linear timeline - a start point and an end point. This is an easy concept to grasp by comparison to theories about multiverses, so I thought it made an appropriate alias for me to release music under - especially with the wordplay for audiophiles (mono vs. stereo signal).

Question 5:
You happen to be a DJ as well as a producer. Which holds the biggest place in your heart? Djing or producing and why?

This is a really difficult question for me to answer because, after all, I did start out as a ‘DJ’. I never had any background in music, and after some time making sets for my own personal use and DJing for friends/small events, I felt I had a lot more to contribute to the scene than just playing other people’s music. The learning curve for production is much more steep, even for those with a musical background, so I would say overall that music production for me holds the biggest place in my heart. That said, there’s no better feeling when the two are combined and you come to the point where you can confidently play one of your own tracks to a crowd and see the response in real time.

Question 6:
I understand you had the honor to support Markus Schulz at one of his Watch The World tour dates? How did that feel to have such an experience?

Opening the night at Cielo in New York for Markus’ ‘Watch The World’ album release party was truly one of the most memorable nights I’ve ever been a part of. There was a pre-show listening party, where Markus sat and spoke about his album while it played through, and then after a short break I started the club night off. As a snobby New York area music-lover, and knowing opening for Markus on a night like this had to be proper, I started at no faster than 115 BPM and worked my way gradually to 125 or so, even getting to road test a new track I’ve done under a new alias for deeper sounds. I wholeheartedly feel it was one of the best sets I’ve ever played, and that was only the start to an amazing night!

Question 7:
Where do you draw inspiration from as a producer and are your tracks inspired by real events or personal experiences?

I’m always the first to admit that most of my tracks aren’t directly inspired by real events or personal experience, although some of my most creative periods have been in times when I’ve used music as an outlet to cope with personal struggles, stress and what not. That said, I have an old track called ‘Moonlight Division’ that resonated with many people even though it flew quite under the radar earlier on in my release catalog.

I made that track feeling deeply nostalgic about a time in my life when I was surrounded by my best friends, before any of us had gone our separate ways and before we had real responsibilities. I have a vivid memory of what then seemed like a normal summer day killing time and galavanting around New Jersey at night. Those times will always be dear to me. 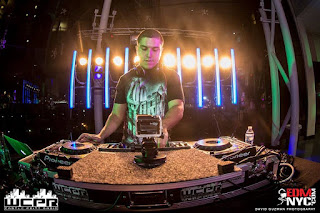 Question 8:
Which artists from the scene do you hold in high esteem and who would you love to have the experience to perform with?

Any chance to perform is one I would love to have, so there’s nobody in particular that I would want to play with because that answer would be everyone! That said, I do think highly of many artists in the scene and although there’s no possible way I could list them all in this answer I can cover a few. For instance, Eco, Thomas Datt, Mike Saint-Jules, and Breakfast/BRKFST/Keyworth are all native east coast trance producers who have been massive inspirations for me having seen them all perform, grow as artists, and carve their own paths into the trance music scene.

I also have a great admiration for guys who are running their own independent labels and truly pushing amazing music forward: Lange (Create Music & Lange Recordings), Kenneth Thomas (IAMPhoenix), and the guys from Black Sunset Music (Jeremy Vancaulart & Assaf) for example.

Beyond all that, there’s a handful of upcoming producers along the same path as I am: Tomac, Dave Neven, Emerge, and Pablo Artigas, to name just a few, that I truly believe are the future of the progressive trance sound.

Question 9:
The dance community has sometimes been divided between the instrumental and vocal tracks. Everyone with their own preferences and ideas.
What are you thoughts on the matter?

I’m honestly a sucker for a well done vocal track, and usually one of the first to start singing along to even some of the cheesier ones. I’m not ashamed to admit it! Of course, they should be properly done and in my opinion a lot of vocal tracks have become too simple - I much prefer a fully developed song with multiple verses, a memorable chorus, strong harmonies and adlibs to those that ‘cheat the vocal’ by simply putting a chorus or one liner in a breakdown.

Even if vocal tracks aren’t your thing (and I can’t really wrap my head around exactly why that might be, because good music is good music, but anyway), you should be understanding that a vocal adds a human element to a track that might otherwise not have much in the way of organic sounds. It also makes it far more accessible to people outside of the electronic music scene who might not be used to hearing instrumentals, and that’s also important!

Question 10:
What is your favorite "daw" to use when creating music and do you prefer creating your own originals or doing remix work for fellow artists?

I’m an Ableton guy although I’ve used both Logic and Cubase extensively. Still, you can’t beat Ableton’s workflow. I much prefer to do originals most of the time but I always love the opportunity to remix a good vocal track if it comes across my plate! Writing originals, though, is far more rewarding for me personally.

Question 11:
Which tracks do you regard as all time classics and why?

"Energy 52-Cafe Del Mar", "Chicane-Saltwater", "Push-The Legacy", "Bedrock-Heaven Scent", "Darren Tate vs. Jono Grant-Let The Light Shine In", "The Thrillseekers-Synaesthesia" & "Hydra-Affinity" are just some of the tracks that come to mind for this question. There’s so many out there that for me are definitive classics, those what are synonymous with trance.

Question 12:
Which track would you like to rework/remix from the whole music spectrum if you had the chance to give it your own unique touch?

Once again too many to truly list, although I always think it’s cool to see dance music fused with other genres and properly executed. A great example is "Eco’s" remix of "Explosions In The Sky - The Birth and Death of the Day". It would be awesome to do something similar to that on official remix/rework duties!

Question 13:
Besides your obvious love for dance music what other activities do you enjoy doing when not in the studio?

I’ve recently started working out again in an effort to take better care of myself, since that used to be one of my biggest passions that I really fell off with over the last couple years. Other than that if I’m not working on music I’m reading (reading through the Kingkiller Chronicle currently). I’m also trying to do more outdoors-y stuff like hiking when I can!

Question 14:
Do you enjoy traveling? If so what is your dream destination and which city has remained carved in your mind?

I do enjoy traveling although I haven’t had the opportunity to do all that much yet! I remember watching a short documentary called Ibiza’s Children when I first got into trance, so naturally Ibiza is at the top of the list still for me. Other than that, I’d really like to visit Greece - for vacation, not particularly ‘work’ related!

Question 15:
Would you like to share with us something few people know about you?
A funny story or unique experience you may have witnessed perhaps?

Since we started the interview with how I got into electronic music, I suppose I can shed some more light here: I actually found electronic music because I used to play Counter-Strike competitively. I stumbled across a Paul van Dyk live set in a “frag movie” and there was no turning back!

Thank you so much for having me.