Raquel Rodriguez Conde was born in Spain in 1981. Under her artist name “Iris Dee Jay” she began creating her own music in 1999. Her first tracks were focused towards the eurodance genre.
She began working for a team called D-Air which was for the label of well known and established English DJ/Producer Solarstone. After that she began her journey as a DJ and producer, gaining gigs around Spain while gathering her own loyal crowd due to her unique style and selections in her sets.
She later had the honor of appearing on TV in Spain as well as being on the cover of various newspapers within the country.
She later began collaborating with female and male singers, guitarists, trumpet players and even classical musicians.
2010 was a year to remember as she collaborated with Maria Opale (a Finnish vocalist) and together they created “Leave A Sign”. That track was such a success it was instantly snatched up by the Magic Island label of the well known “Mr.Sunlounger” himself German DJ/Producer Roger Shah. He liked it so much that it was even featured on his “Magic Island: Music For Balearic People Volume 3” DJ mix compilation.
Currently she us working with American DJ/Producer Robert Holland (host of Global Dance Mission) and singer/songwriter Erin Lewis from America as well.
Together they have released singles on various labels.

Below are some of the tracks they released together: 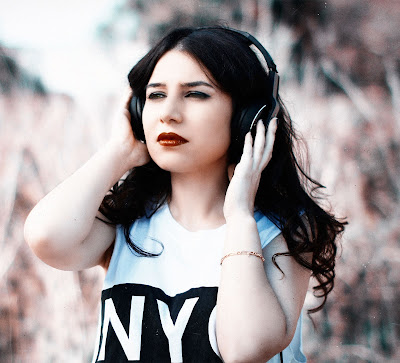 Question 1:
What was the first thing that drew you towards the world of Dance Music?
Definitely, Eurodance music! I fell in love with this style when my mates at school started sharing compilations. I loved those catchy vocals and melodies.

Question 2:
You are a producer as well as a DJ. You have worked with analog synthesizers as well as the new age Vsts. As a producer what is your take on analog vs. digital?
I think the best option is the combination. Analog has many good things and digital too. If you combine an old Roland JP-8000 with the vsti Sylenth1 (for example), the result will be incredible!

Question 3:
What is your program of choice when you are in the studio working on new music?
My favorite program is FLStudio but, because of my job as a teacher, I have worked as well with Cubase and Ableton. I can’t say one sequencer is better than another. Sequencers are like people; there’s a perfect one for each person.

Question 4:
You are a multi talented artist as you combine djing, producing and teaching the public how to create music from scratch. Where do these music production classes take place and what programs are taught?
Could you please share some information about that?
I teach about the programs I know most (Cubase, FLStudio and Ableton Live). Lessons are given online (specially for people who can speak English or Spanish from whatever place in the world) and face to face (people who live close to Ourense, my town). Lessons are always for only one person. This guarantees their quality. I’m always sure that the student is learning and enjoying the course.

Question 5:
Producing Vs. DJing.
Which happens to hold a larger space in your heart?
If I have to be honest (I guess so, lol) I prefer producing. In fact, I didn’t start as a DJ like many artists around. My first step was becoming a producer. Then, my friends started talking about my career as a DJ. I didn’t want to go on that way but, finally, they won, lol. I bought my first DJ gear and began to play with cdjs. Then I moved to turntables! It was really curious. I was like a crab going always back, lol

Question 6:
You have been part of the scene for quite some time. What is your view on the “then” and “now.”
Well… it’s complicated… I think the scene has been going worse. There are more and more producers every day. This means music quality is not on its best moment and that’s noticeable in the charts. Music is more a business than a way of living. It seems that big producers are here to satisfy the wishes of a majority with no feelings for music itself. They don’t express themselves composing; they just make business.

Question 7:
What moment or experience stands out in your mind throughout your career?
The first moments are always the best. I’ll never forget the first track I made. It sounded horrible, lol, but I remember to stand on my feet for a whole night repeating the same melody for hours and saying: “Oh, my God, I’m God!” - lol 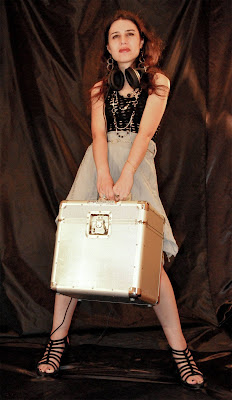 Question 8:
Out of your own tracks which holds a special place for you and why?
One of my favorite tracks is “Super8 and P.O.S” present “Aalto – 5”. It was released in 2006 by Anjunabeats. This is not exactly my favorite label but, that time, it knocked on my door! It’s a simple and complicated track at the same time. I listened to it for a thousand of times and it still catches me!

Question 9:
You have worked with a variety of DJ’s and singers. Who was the most fun to work with and who would you like to work with if you could choose anyone from the scene?
The experience has been superb with them all. One of my favorite singers is Maria Opale. I’ve been working with her for many years and we know perfectly what to expect from each other.
Working with Josh Ronah was very fun. He’s a young boy and put much effort and creativity in our track “Lose Myself”.
If I had the chance to work with a famous singer or producer, I’d choose Arnej. His vocals in “We Are One” by Paul Van Dyk were superb!

Question 10:
What do you enjoy doing when not indulging in your passion for Dance Music?
I love walking and working in design with computers. I use Adobe Photoshop for relaxing. I just load tons of pics and change things from them!

Question 11:
What track out of the whole dance music spectrum would you call an all time classic and why?
There are many: “The Bee Gees–Staying Alive” or “Bread–Guitarman”. I love Europe, Rob Zombie…. I like all music styles.

Question 12:
What is it like being a female artist in a mostly male dominated scene?
Now things are going better than before. When I started in this business male producers looked at you with strange faces. They thought I was like an enemy trying to find a place in “their” business. Now there are many female producers and DJs all around the world. Boys and girls collaborate together to get cool tracks and this is something that’s changing everything for good.

Question 13:
Which of your female colleagues do you admire or look up to?
I love Claudia Cazacu. I always keep her music in my mp3 player. For me, one of her best tracks is “Size 0”.
Question 14:
What are your plans for 2016?
My main plan is to keep on studying and improving in my production skills. To be honest, I have the same plan every year, lol. Of course, I want to create more music and keep on collaborating with other people. I’d love the trance scene to change for better as well.
Question 15:
This is a question you probably get all the time but could you share with us the significance of your artist name, Iris Deejay?
The name of Iris Dee Jay was created by my mom when I was born. She wanted to call me this way (Iris) but in 1981 she was not allowed. This is the reason why she decided to call me Raquel (my real name).
I’ve always enjoyed more Iris than Raquel so I used it as my artistic name.

I am happy and honored to have had the opportunity to take this written interview with Iris exclusively for MusicTalk! 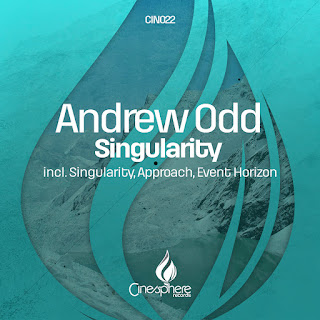 What a journey of epic proportions awaits our eager ears. This is a package that certainly infuses a spine tingling effect with it's 3 gems within.

Singularity is a track that is both inspiring and epic in it's own right. This is how one may imagine the cosmos sounds like.

Approach is a track that without a doubt is approachable by all listeners as it happens to be both majestic and divine all in one.

Event Horizon is the final track and the most dramatic one of all. A driving track filled with just the right amount of spritual and spellbinding soundscapes.
Posted by MusicTalk at 9:46 AM No comments: