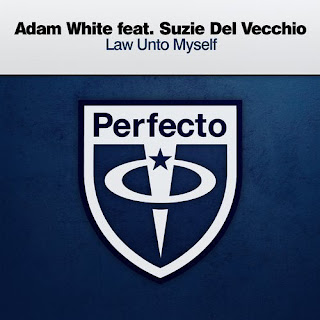 If you were sucked into the world of dance music in the late 90s, slowly beginning your voyage into that realm, discovering those sought out tunes played out by some of the biggest names in the scene, you must have come across one of those legendary tracks that were championed by none other than "Paul Oakenfold". One particular track that was hammered away time and time again and has withstood the test of time is undoubtedly the magnanimous "Law Unto Myself" by "Konkrete", naturally released on "Perfecto Records". Critically acclaimed and a firm favorite amongst many it has been regarded as a priceless jewel of yesteryear. English DJ/Producer "Adam White" known for his versatile work on "Perfecto Records" and beyond was more than eager to step up to the task of renovating this classic, supplying his own rendition. To do it absolute justice he sat down and completely reinvented the track from the very foundation up, giving us a glimpse of this tune through his own eyes. Enlisting fellow "Perfecto" colleague singer/songwriter from Mexico "Suzie Del Vecchio" was a must and together they sought out to bring this track to new heights. The hype for this new version has been undeniable and the public has been awaiting it ever since rumors of its inception spread like wildfire. The result is a bombastic version, one that Adam and Suzie can be mighty proud of and of course is out on "Perfecto Records".

One familiar with Adam's work can easily pick out the signature sound he has become known for throughout the track. Big pounding basslines, spine tingling synths and a cheeky use of Suzie's "Law Unto Myself" one liner morph forever inwards much like a chameleon adapting to its surroundings, over the ascension of the melody and rhythm within serving as a tasty aural appetizer before the main course. A pesky buildup gets the endorphins rushing while Suzie gives it her all, singing her heart out. Emotions run freely here as anger, anguish, disappointment and ultimately determination are evident throughout her performance. As she utters her final words, leads of fury escape their captivity within the soul as mayhem is unleashed upon the world. Reverse vocal effects move graciously through the mix emphasizing on the dynamics of the track itself. Powerful, just and adamant, the sentence has been carried out so prepare to witness the crowd go wild when this one is played out at all the big events.

Adam and Suzie please take a bow and welcome back to Perfecto! You have been missed!