One of the fastest emerging talents in the orient comes to us from the land of the rising sun. A Japanese female DJ/Producer known to her peers and the wide world of dance music as "Rinaly", has been making her very own ripples in the scene which have grown larger with the passing of time. Responsible for energizing the crowd with her dynamic yet euphoric DJ sets at some of Japan's finest venues as well as honing her skills on her unique flavored productions. Each track she has worked on has that fine blend of uplifting and pure melodic trance qualities which she has become known for.

Slowly yet steadily she has gradually won over the hearts of many of the trance faithful around the globe! An artist who surely lives for her art, "Rinaly" has not missed an opportunity to entertain her long legion of fans on the "Twitch" platform during the pandemic and long after, giving the audience her pure dedication and wild assortment of gripping tunes. Definite highlights in her career include getting a mass amount of  support on "A State Of Trance" and world premiers by none other than Dutch maestro "Armin Van Buuren" himself as well being selected to mix the renowned DJ Mix compilation "Techno Club" alongside founder and DJ "Talla2xlc".

It is with great pleasure that I get to welcome "Rinaly" aboard "MusicTalk15" for this exclusive interview! An honor and privilege and I in turn thank her most graciously for her time! 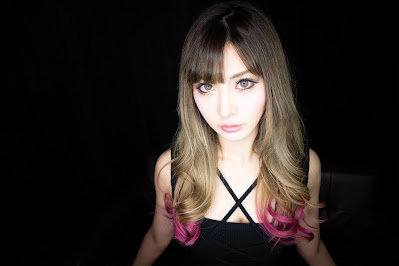 What was the deciding factor that got you into dance music? Were you interested in music and its production from a tender age?

A: I was hearing trance as ‘love-filled’ music, I've been besotted with its emotional depth and textured sound since I first discovered it aged 20 in a Japanese nightclub.

When I was a teenager, I played bass in a band, and I learned composition from the age of 14.

What would you say was your biggest break in the scene after being involved with dance music for a good amount of years?

A: "Ronski Speed & Rinaly - Horoscope", released in 2016, got "ASOT" support for the first time and I started to feel confident in the sound I made. After that, I started touring abroad and became busy.

Could you please share with us the story of how you became involved with “AVA Recordings” and in time became a part of the “AVA family” of artists?

A: My first release on AVA was "Rinaly - Wave of Affection" released in 2017, which got # 1 on the Beatport Trance Chart.

In 2018, I organized "AVA Night Tokyo" and deepened my ties with the AVA team. I’m honored to be part of them because they are very kind, warm and always supportive.

When working on dance music, what do you enjoy? Creating originals where you play the leading role in all ideas and creativity or do you perhaps prefer collaborations with fellow artists?

A: I enjoy expressing my emotions with sound. Also, I have some collaboration projects because I learn a lot from collaborations and it is inspiring. 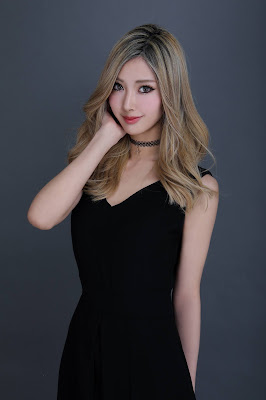 As a producer what software lies in your studio? Which is your “daw” of choice and the virtual instruments that frequent your productions?

"SERUM" and "Sylenth1" are used a lot in my productions.

A recent highlight in your career is of course having the honor to mix the second disc of the prestigious “Techno Club” series by none other than “Talla 2XLC”. How did all that come to be and could you please share some insight into your ideas and music you decided to showcase within?

A: Talla and I are working hard on streaming on Twitch and it makes us get along.

Talla surprised us by announcing during the stream that he chose me for "Technoclub vol.62". I was so honored to lose my word!

Being from Japan you have certainly witnessed a whole different clubbing experience. What was your favorite club to play at there? What would you say the difference is between clubbing in Asia in accordance to Europe and their club culture?

Which artist or artists were your early influences or inspiration when you first began to produce your own music? Which artists inspire you today in 2021?

A: When I first started making Trance, I was influenced by "Andy Moor", "Omnia", "Ben Gold" and others. Today I'm experimenting with Tech Trance artists like "Alex Di Stefano" and "Paul Denton" etc. to create my own unique sounds.

What five songs are your favorites of the moment and you would love to play out when returning to your clubland and regular DJ performances?

A: Other than my own tracks: 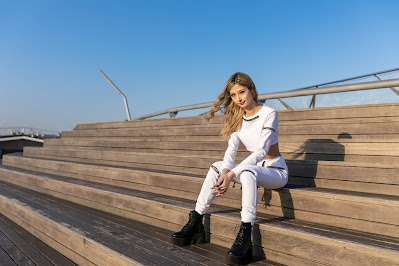 Question 10:
During lock down you have been a steady force of sanity and inspiration for the clubbers who lost their favorite pastime. You were there week in week out, entertaining us all and achieving new heights while doing so. Pure dedication and passion which will not go unnoticed! How did you enjoy your Twitch sets and did they in turn fuel you with well needed positive vibes to restart your life once all settles?

A: I've always focused on playing fresh and perfect sets, but perfectionism has plagued me so I decided not to overwork in the last few months and it's easier and much more enjoyable than before. I learned how to deal with myself during lockdown. I’m so proud to have built a warm community that always encourages me.

Do you enjoy traveling and discovering new lands and cultures? If so what are your dream destinations and for what reason?

A: Yes I do. I have longed for Scandinavia for a long time. I decided to live in Sweden and I am mentally much better than before. I was inspired by different cultures and beautiful nature.

Question 12: What are your plans for the future? Any upcoming events you wish to share with us or perhaps other exciting music related news?

A: I have both Trance and Techno releases in the coming months.

The closest release is "Rinaly - In The Predawn Darkness" on "FSOE Clandestine" which was released on the 29th of October.

Question 13: Being an avid producer for quite a spell is there any chance we may see a “Rinaly” artist album in the near future?

A: I cannot say for sure but, I definitely want to make an album in the future ;)