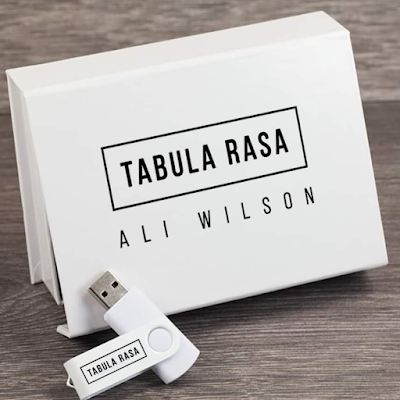 Ali Wilson over the years has rapidly become a household name in the dance music world. He has built for himself a solid artillery of releases on labels such as "In Charge", "Freezing Point", "Nukleuz" and his very own label "Tekelec Recordings" among others. This musical visionary from the UK certainly has music coursing through his veins and has not sat still even for a minute. Dedicated to his craft, he has unleashed two phenomenal artist albums so far. His third artist album saw inception during a dark and difficult period of his very own life. The tragic loss of his beloved father was the main inspiration for his third album which is called "Tabula Rasa". It boasts seventeen glorious tunes created mostly by Ali and features friendly collaborations with artists such as "Andy Farley", "Matt Smallwood", "Phil Able" and "Martin Begley".

Uno: Latin, funky rhythms with a carnival essence and classic house influence running strong through this one.

BOD: Futuristic nu-retro vibes complete with a male and female vocal complex and a golden house melody to tie it all in.

Rhythm: Aptly titled tune as one easily gets lost in the glorious labyrinth of grooves and overlord style vocals.

Roborock: Male robotic vocal samples are thrown in amongst loony bird-like caws alongside an up and at 'em funky approach.

Rawkus: Distorted synths and chaotic rhythms are large and in charge while imagery of lost in traffic emerge here.

Tatami: Percussion heaven with a tribal essence and tribal vocal chants running wild throughout this one.

Take Me Away: Classic disco house grooves and piano melodies are dominating this one alongside the male vocal shots.

Keep On Lovin' Me: Rhythmical and energetic as they come. Memories of old school clubbing are definitely here, rare grooves re-emerge alongside a female/male vocal duet of vocal exhales and one liners at synth heaven.

Big Beat: Tumbling drums and mind moving grooves are accentuated by monkey-like chants and a fusion of breakbeat and early disco rhythms.

Give It Up: House grooves complete with male vocal outbursts, anxiety driven beats and intriguing strings. A curious delight of a tune.

Ali amazes once more with his "out of the box" attitude. Taking a trip down the golden years of raving and clubbing alike he has reinvented the sound, influences and ideas of the scene, breathing new life into an era and sound that has been more or less pushed aside in favor of the current trends. Unafraid to explore his identity as a producer and his large quantity of musical taste, this dance music hero dives in deep and succeeds in updating our current musical tastes track by track. "Tabula Rasa" will easily find a way into your hearts as you unravel the mysteries of each tune.