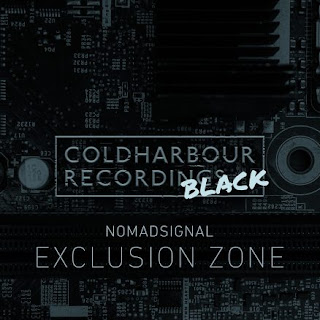 One of the swiftest rising stars shining bright in the "Coldharbour Recordings" universe and dance music cosmos alike is without a shred of doubt Nicholas Andrew Schwab, known under his artist name "NOMADsignal". This talented artist has been on a creative frenzy these past months and releasing a multitude of musical gems as if his life depended on it. The "RBMK E.P", the "Rontgen E.P" as well as the majestic "Thorium-238" under his "Isotapes" alias were all unique and addictive as can be. His radio show "NOMADcity" has become a place where loyal fans gather to enjoy some wicked tunes selected by the man himself, while interacting with him and other music fans as well.Of course the new year had to begin with a fresh release and he emerged from the studio with the mighty "Exclusion Zone" out on the "Coldharbour Black", imprint of "Markus Schulz's" record label "Coldharbour Recordings".

Hard kicks and intriguing melodies shake things up quite nicely while rolling basslines emerge out of the fog and the bare essentials in percussion do their part in setting the dramatic tone. The tension and anticipation grow rapidly much like the sand quickly escapes its prison in the proverbial hourglass. Dark, ominous patterns unfold while hypnotizing and mystifying leads guide us along the long shadowy footpaths ahead of territories wild and unexplored. A sense of adventure, fright and excitement all thrown in with good measure leaving the listener craving for more. A quick descent down stone hewn spiral formed walkways of old through the treacherous darkness and mist filled lands.

"Exclusion Zone" will dominate the hearts and minds of all during those four am sessions once clubland revives itself and begins anew. Another ecstatic tune to add to your collection!