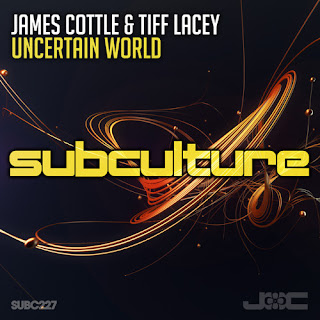 Dance music sensation from the UK, "James Cottle" has certainly been making a name for himself through his stunning DJ performances at some of the finest clubs across the UK and clubbing brands such as "Goodgreef" and "Digital Society". He slowly began working on his own productions as well which saw him gaining a vast amount of releases on labels such as "Paul Van Dyk's" esteemed "Vandit Records". His productions and collaborations gathered infinite attention from some of the industry's giants such as "Paul Oakenfold", "Paul Van Dyk" and "Adam Ellis" among others. His latest release sees him teaming up with UK Singer/Songwriter "Tiff Lacey". Tiff is a legend in her own way as she has been actively involved in the industry for years and whose voice is instantly recognizable throughout her many musical offerings. "Hypnotized" with "Paul Oakenfold", "Ecstasy" with "Atb", "Affinity" with "The Thrillseekers" are all instant reminders of her exquisite work.

James and Tiff find themselves on Irish DJ/Producer "John O'Callaghan's" label "Subculture" delivering a tune that sincerely is all that. The name is "Uncertain World" and it will rock your world.

These two pull out all the stops as their collab is a fierce monster of a tune that packs a mighty punch. Solid chugging basslines move things swiftly along as other elements come into play, much like a locomotive charging ahead at full speed with no plan on stopping. Tiff enters the scene amidst a sea of enigmatic yet ethereal melodies, bringing an essence of wonder and sense to the raw energy within. Her passionate yet honest vocals make quite an impact on us, pulling at our heart strings, while bell-like chimes echo in the distance like fleeting memories lost in the depths of our mind, as riveting leads build and build, rising like the ever growing tide ready to consume it all as we willingly throw ourselves into the perfect storm, ultimately getting lost in a wave of euphoria.

Amazing collaboration by these two that will undoubtedly keep the crowd ecstatic from start to finish.