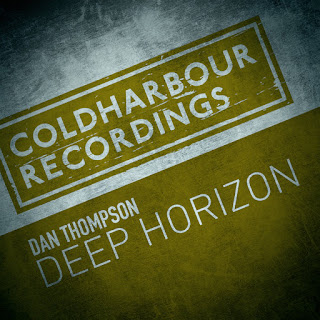 One of the UK's undeniable talents is ever ascending star "Dan Thompson". Dan has been on the forefront of the scene for quite a spell and has constantly attracted positive attention towards his person via his eclectic musical taste in the vast field of dance music and his uncanny production abilities. His solo productions, collaborations and remixes have all had their fair share in the spotlight with many featured on radio shows such as "A State Of Trance" with "Armin Van Buuren" and "Global DJ Broadcast" with "Markus Schulz".

Recent highlights include nabbing a spot with his dynamic tune "Airbourne", on acclaimed DJ Mix compilation series "In Search Of Sunrise", featured on the disc mixed by none other than "Markus Schulz" himself. Another is delivering a stunning remix on the legendary tune "Fixation" by "Andy Ling". Inspiration never seems to be that far away for the Englishman and he proves that statement in full by delivering a fresh single on "Coldharbour Recordings" dubbed "Deep Horizon".

Imagine if you will a world constructed of chugging basslines and ecstatic rhythms that forever build, all the while enhanced by ethereal female vocal snippets that brighten said world every minute. This is only the tip of the iceberg as the tune in question's progression seems to be a beautiful and enchanting attempt at storytelling I daresay. Lush, exotic landscapes form before us while the internal tension and a sort of masked aggression build with every second of airplay. Pumping, "in your face" leads dominate the previously serene landscape like a downpour of rain, a tempest if you like, as a burst of energy is unleashed into the open. One can easily marvel at and detect the perfect balance of harmony within this one. Sweet, serene moments soaked in a kind of tranquility shapeshift and utterly transform into a thunderous trance affair of epic proportions. Large and in charge! Dan is most certainly off to a killer start for 2022!