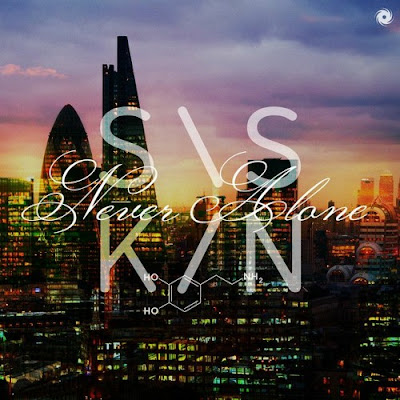 Over the years we have seen many artist duos making their appearance in the dance music scene. From established brand names such as "Cosmic Gate" and "Gabriel & Dresden" to relative newcomers such as "GxD" or the "Arkham Knights". On the other hand there has been a kind of shortage of female power on the front with artist duos such as "NERVO" taking the lead.

Along to right some wrongs and in turn inspire more to do the same are female dance music duo "Siskin". This dance music outfit consists of singer/songwriter "Sue McLaren", (known for her explosive collaborations with artists such as "Aly & Fila", "Andy Moor" and "Paul Van Dyk") and producer "Suzanne Chesterton", who has had her very own fair hand of success over the years with enough singles to prove it. This relative new formed alliance has gone from strength to strength as these talented ladies have been shaking up the scene while undoubtedly leaving their proverbial footprint on the soil of dance music's core itself. "Beautiful Lie", "Villaneve" and "Electric Love" are all tunes that have been receiving a tremendous amount of love from the audience as well as some of the biggest names in clubland. Another recent highlight was their epic debut performing as "Siskin" on an all star lineup at London's iconic venue "Ministry Of Sound". The duo are on fire as of late and they are back with a tremendous new single on "Black Hole Recordings" dubbed "Never Alone".

Ethereal melodies grab hold of the listener early on while the riveting bassline chimes in accordingly. Hypnotic female vocal segments dance freely like a welcoming breeze, all the while complementing the electrifying yet tantalizing atmosphere that begins to unfold, much like the slow gathering and formation of storm clouds on a previously clear night. Adventurous grooves with a progressive-like backdrop carry us further on through the deepest depths of our soul. An array of sad, almost melancholic melodies join us in the orchestral-like background amongst the bittersweet, ever clear vocals, beautifully laid out by Sue herself. The groove that follows after the break, substitutes the previous melodrama quite eloquently with a sheer feeling of  hope and therefore determination through an assortment of tough beats and glorious leads.

A marvelous change of mood, emotion and feelings throughout this brilliant tune. "Siskin" have once again proven their worth, separating themselves from the flock. Unique, upfront dance music that gets your mind tingling while your feet get busy on the dance floor below!