Over the years there has been a rise of artist duos emerging from the woodwork into the dance music scene.Many of these duos have English origin and have risen to fame and ultimate success. This could not be more true for the case of GXD. GXD is a DJ/Producer duo hailing from the UK and consists of Daley Young and Matt Golledge. These two friends and all around music enthusiasts have been working closely together for a fair amount of years, forging incredible and memorable tunes in the studio. It was not long till their passion for quality dance music and its creation caught the attention of the people on AVA Recordings, one of dance music's leading music labels owned and curated by none other than fellow Englishman and artist Andy Moor and Canadian artist Somna. Their single "A Dream" alongside Elle Vee released on aforementioned label was a mere stepping stone for the amount of imminent success that followed for these two.

The duo went on to produce many hit singles such as "Voices" and "Sail" with Elle Vee, "Hell & High Water" with Sarah De Warren, "Echoes", "Evolution" and many more. Receiving a mass amount of support on "A State Of Trance" among other stations, their track "Sail" went on to receive a placement in Armin Van Buuren's very own "A State Of Trance Yearmix 2020" DJ mix compilation. Aside from producing, this uncanny duo have performed at some of the finest clubs, venues and festivals such as the prestigious "Ministry Of Sound" in London, "Legendary Festival" in Zagreb and the "Anomaly Summer Of Love Festival" in the UK among others.

It is with great pleasure that I got to conduct this exclusive interview for "MusicTalk15" with one of GXD's very own, Daley Young! Read on to discover interesting tidbits about their past, present and future plans in the scene that we all love! Many thanks Daley for your time! 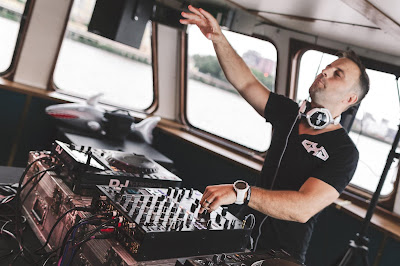 How did you guys get sucked into the wild and wonderful world of dance music?

Well I’ve been involved in the scene since I was 17 back in 1998 going to my first Trance event at "Slinky" in Bournemouth followed by the first all nightery experience at the "BIC". Such a mental feeling for the first going in to a venue in the dark and coming out in daylight!! Tracks of the night back then were Sonique's live PA of  "It Feels So Good" and the awesome "Toca's Miracle" by Fragma. Will never forget it!!

Were you interested in dance music from a tender age?

Yes mate! As above really with some earlier days being the Happy Hardcore scene walking around with a Walkman as it was then, collecting 8 packs from Dreamscape and Helter Skelter, thinking I was MC Livelee!! Lol

How did you meet Matt Golledge and how did you decide to join forces in the studio and in performance duties as well?

We actually met at Creamfields in an EDM tent and got chatting about music, production and DJing in clubs and connected at that stage. I helped hook Matt up with a gig at the Ministry of Sound, we had similar tastes and then did some B2B shows there together and then decided to start writing a track together, which ended up being our debut ASOT Future Favorite winner "A Dream"!! So yes it was a Dream meeting really.

Name some of your early influences that can be traced back to your current music and would you have liked to work together with any of them? Potential collaboration or remix work even?

Early influences for me were Tiesto, Ferry Corsten, Armin of course, Judge Jules, Eddie Halliwell and even Dave Pearce’s dance anthems!!! Lol. They were the soundtrack to every weekend when Trance was the main genre of music in the UK. 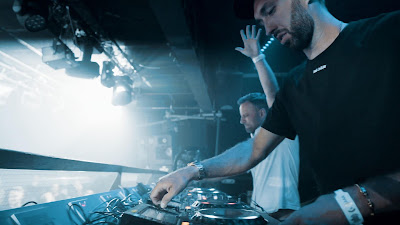 I am sure many would agree that your big break was when you signed your first tune to “AVA Recordings”. How did that make you feel? It sure seems you have a special relationship with the label and its artists. If you launched your first artist album, would it be on “AVA”?

It was an amazing feeling signing "A Dream" with AVA. It was such a long process for us to reach that point so when it arrived we were blown away. We have had great support from them ever since and became AVA A Star Artists which was an amazing achievement that we are really proud of.

We can both recall where we were that night when "A Dream" won the future favorite vote. For a debut track to win that, it blew us away. Following that up with "Voices" winning one also and since having "Voices" and "Sail" get selected for Armin's Year Mix for 2020 are all huge things we are really proud of.

With regards to albums. We feel we need to keep on building the profile with regular strong single releases for a little while longer yet, before we can afford to hide away for the best part of a year working on an album. But for sure we would love to do one. Maybe in a couple of years, we shall see!!

It seems your forte lies in the emotional tinged vocal trance tunes. Every time you create one the world suddenly goes wild. Which has been your favorite to work on and which still resonates deep within your psyche?

Wow thanks for the kind words dude.

For me I think it was "Sail". It just flowed so well in the studio, it was probably the most fun we have had production wise. The melody rolled out and the power and emotion we created was just perfect for us and our style….we feel anyway lol. It also has one of my favorite lines lyric wise with “some books should stay closed believe me!!” Genius. However, there may be one coming soon that betters even this!!!!

The lockdown was hard on all of us on a global scale with the dance music scene being hit harder than most. Your steady DJ performances on Twitch gave hope and endless smiles to many listeners around the world. Did you enjoy it as much as we all did?

Again mate thank you so much. We put a lot of time in to those weekly streams. I know they have dried up in the last 6 months due to home renovations that seem to be going on forever, but we are nearly there and will be back with regular shows once again after the summer holidays!!

When in production mode do you two work together in the studio swapping sounds and ideas as you go along or do each of you have a particular task to work on?

We tend to get together in Matt's studio (no kids to interrupt us lol) and maybe kick it off with having a melody session but this can sometimes then lead into fully smashing out a full arrangement if it's flowing and we’re buzzing. Sometimes we will dive in the studios alone and play around or do video sessions, but we seem to get the best results when we are together pushing each other. Unfortunately we haven’t been able to get together as much as we liked this year but are rectifying that as we speak, so next year's releases will still be bigger and better than this year's, we hope!!

“Sail” for me was a definite essential and still remains a favorite to this day. I most certainly dub it the vocal trance tune of the year! It seems you two and singer/songwriter “Elle Vee” have total chemistry in the studio. How did “Sail” come to be and are there any plans for new collaborations with her in the near future?

Unreal feedback there mate we once again really appreciate that. It has been huge for us. Dropping on Nifra's album and having her debut it on ASOT followed with Armin and Ruben playing it the week after and having it drop on Armin's Year Mix album. It has also been our fastest streamed track in our catalogue nearing 700,000 streams as we write this which is still mind blowing to us.

The extra icing on the cake was ReOrder remixing it also. To have him do that was a dream we always set out to wanting to nail when we started and thankfully it happened and what a remix it was!

We do seemingly work really well with Elle. Arguably our 3 biggest tracks have all been with her and yes, don’t worry. There is one more coming this year for us, with some amazing lyrics that for us, reflects the crazy year that was 2020! So keep your ears peeled lol. 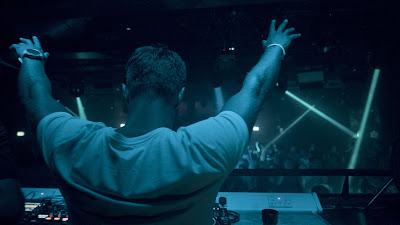 What does 2021 hold for GXD? Any special surprises that you may wish to share with us all?

Well one was above and I hope that you love it all the same when that time comes. We have had our debut 138 track “Give Me Life” released with the mighty DRYM and Linney, which was a really exciting project to be involved with and we’re really happy with that. Such a catchy vocal and huge power so we think you’ll be randomly humming that one for a while yet. We have more signings on ASOT, Coldharbour and AVA and we hope best of all, that the club scene stays open and we can announce our biggest gig to date soon. We shall see how that shapes up!

Besides your obvious love for dance music do you have any other interests or things you are passionate about?

Well as you know, I am married with 2 young children so the family life keeps me busy, alongside running a recruitment business. I am a Scuba Diving Instructor also and did this as a job in a former life, but not much of that has been going on lately!! We believe in “To Live is to Travel” in this house so hopefully the holidays and adventures of the good old days pre Covid will kick back again now and we can get back to doing what we love again real soon!

Would you be open to doing a DJ mix compilation presenting the sound of GXD in a seamless mix?

Yes of course always! On a similar note, we hope you guys joined in alongside the rest of the Coldharbour family for Coldharbour Day and enjoyed our exclusive GXD video stream!! 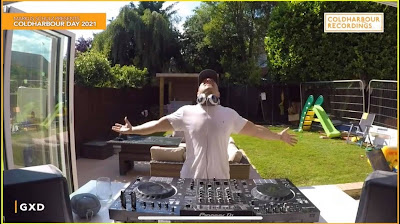 Name three classics you still love and would die to remix if you were given the chance.