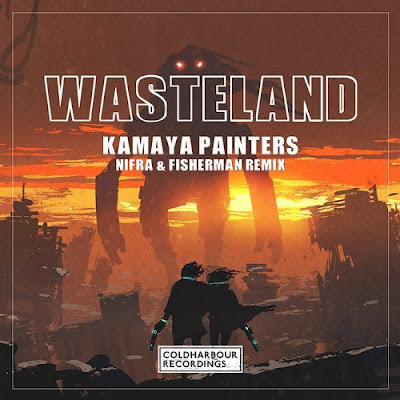 How does one reinvent a classic? Many fans or artists even are often skeptical when seeing a beloved track of yesteryear given a second life through a rework by the original artist or perhaps a remix by someone new. The key is to find the artist suitable for the job at hand. Someone that will pay proper homage to the original while at the same moment enhance its winning qualities while instilling his own ideas within. The track in question is the timeless treasure "Wasteland" by none other than dance music project "Kamaya Painters", the fellowship by Dutchmen "Tiesto" and "Benno De Goeij" of "Rank1". It would make total sense that the task would be passed on to a fellow Dutchman to take the beloved anthem to new heights and so the honor was laid upon Isaac Vissers better known under his artist name "Fisherman". For the joyous labor at hand he enlisted fellow artist and soul mate Nikoleta Frajkorova, widely known to the dance music world as "Nifra". This mighty remix is out on "Markus Schulz's" acclaimed label "Coldharbour Recordings" and has been supported on many shows already.

"Fisherman" and "Nifra's" latest labor of love is a track many will undoubtedly be mesmerized by. From early on we are thrust into a world wrought with furious leads which rush like a whirlwind through the core of the track, bringing a sort of high sprung intensity and extra amount of tension to it. The utterly recognized melody which blossomed within the original is here in all its glory, shining bright like a beacon beckoning us home through the dark and stormy night. Followed by supercharged leads supplied graciously by the duo, it is elevated further, bringing this beloved tune to the highest heights imaginable.

A brilliantly executed remix that will easily turn heads when played out at any festival, club or radio station alike. "Fisherman" and "Nifra" prove to be a powerful team on and off the stage!