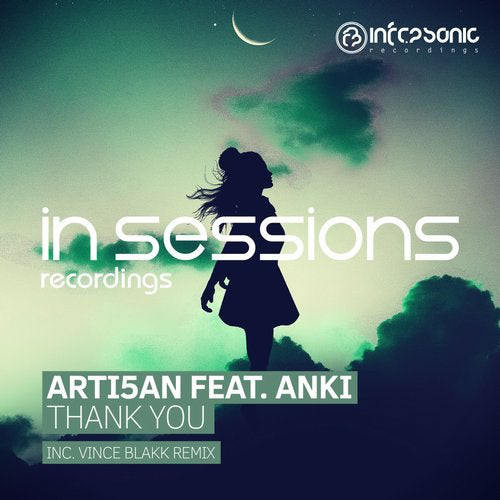 Irish prodigy Danny Cullen has constantly been at the forefront of the dance music scene since his "Tucandeo" days. Gathering a loyal following and countless support from the who's who of the scene he continued on his own solo career a couple years later. The "Arti5an" alias was born and he launched his own label "In Sessions Recordings" as well. His first collaboration with singer/songwriter "Anki" was so well received that several more followed. "Thank You" was their second mind child which went on to being included on Danny's DJ mix compilation "Artisan presents: In Sessions Volume 1" as well.

The time had certainly come for a fresh perspective on the vocal favorite and who better to contribute to the cause than label favorite "Vince Blakk". Vince delivers a totally unique approach blending beautiful harmonies contained within the original alongside buzzing basslines, a clever use of nature's soundscape and a grittier, proggy vibe implemented throughout the track alongside playful melody snippets and Anki's more than emotional vocal performance.

Another sure hit for all three artists and a definite hole in one for Vince. This will certainly be making the rounds on the airwaves on a global scale. Utterly refreshing!