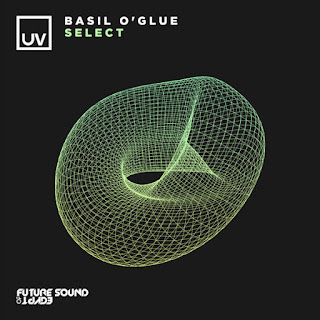 Haris Vasiloglou from Greece, is an artist who has made quite the impact in the dance music scene. Most of us may not be aware of  his real name but are certainly familiar with his artist name "Basil O' Glue". He has released a great number of tunes on labels such as "Coldharbour Recordings", "Joof Recordings", "Afterglow Records" and many more. He has also produced his debut artist album "Depth Of Field", which was so highly received that it spawned a second edition "Depth Of Field:The Remixes". He is also co-owner of his very own label "Saturate Audio" alongside fellow producer and DJ "Styller". Two DJ Mix compilations dubbed "Immersed I and II" also saw the light, showcasing the quality and variety of their releases on the label and were seamlessly mixed by none other than himself and partner in crime "Styller".

He has been in severe production mode this year with loads of new tracks on the way, finding their way onto well known labels. His latest production dubbed "Select" has landed on Egyptian super duo "Aly & Fila's" "Future Sound Of Egypt" sublabel "UV", curated by "Paul Thomas".

A fine slice of dark, misty progressive goodness served up by Haris which showcases his characteristic traits and taste once again.  Dark ominous patterns overflow the empty silence as a bleak, hazy atmosphere unfolds, spruced up the odd sound effect here and there alongside the appropriate percussion and turbulent bassline. Mysterious pitched down male vocals appear from out of the fog, marking their appearance with an extra dosage of drama as they get perfectly matched with shadowy yet infectious melodies that just don't quit. A journey to the deepest depths of the underworld, demonstrated exquisitely into music.

Deep, dark, techy and mysterious grooves perfectly created to star in those curious 4AM sessions in the club when things tend to get darker and deeper than usual!