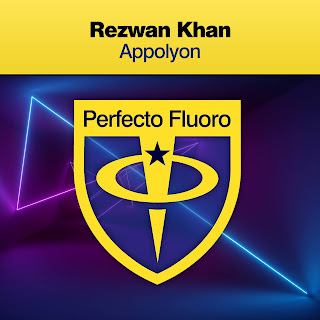 New York resident "Rezwan Khan", has rapidly becoming one of the scene's most riveting artists. His approach towards the genre and his craftiness of constructing a beat that easily stands out among all others is most certainly his forte. One of his recent releases the genre defying "Underground Anthem" under his "VaNISH" alias, gained him a return to one of dance music's most prolific labels: the mighty "Perfecto Records", brainchild of British dance music legend "Paul Oakenfold".

His new creation brings him to Perfecto soil once more. This time he showcases his production skills on Perfecto's sublabel, the glorious and mesmerizing "Perfecto Fluoro". "Apollyon" is the name and in a way it is a continuation of the saga of its predecessor. Rezwan's affinity for those intriguing, mystifying dark beats has lead him down a familiar path once more.

Dark, abysmal patterns lay out before us while eerie, hazy melodies like phantoms parade in mid air  amidst blood curdling effects that creep out from every dark corner startling one and all. Just as we begin to calm down, wild and wicked leads emerge from the shadows spreading fear and chaos in their path, ready to dominate our mind and crush our soul with their might. Darkness and decay are here in full force while hope seems to have long been abandoned. This one packs a mighty punch giving us a glimpse into a world wrought by darkness, despair and utter deconstruction. What was once fair and pure has now become foul and broken. The end may be nigh but humanity has and will continue to persevere making its final stand when the fate of all things has come to wither and die.

A tune that will not easily be forgotten as "Apollyon" is here to stay! Another sure hit for "Rezwan Khan".