(This interview was taken on March of 2014 for Generate Project) 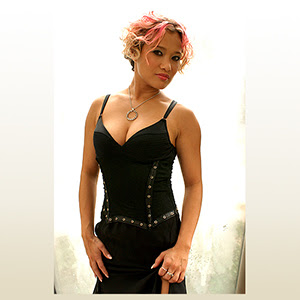 Suzy Solar (from Florida,Usa) is a name that is synonymous to pure direct, emotional and powerful trance music! Just by witnessing one of her events, seeing the reaction of the crowd to the intensity of her performance and positive vibe you can easily see this is what this talented DJ was destined to do!

She is a multi talented individual that literally can do it all, as she is a writer, producer,
DJ and vocalist! Dance Music certainly is her passion and that can be seen in everything she aspires to do!

Since 2001 she attains her own radio show “Solar Power Sessions” which is one of the longest running weekly trance shows in the world and happens to be a big hit on the airwaves with listeners tuning in globally! She also runs her own music label titled “Solar Power Music” along with her partner
DJ Lil’ B.

Her DJ mix compilations “The Perfect Trance 1 and 2” on Neurodisc were a huge success and achieved high positions in the Billboard’s U.S. Electronica charts!

2004 was a height in her career as Paul Oakenfold handpicked her track “Ocean Of Love” (which was co produced with Miss Shiva) for his Grammy nominated DJ mix compilation “Creamfields 2004”!
It was also featured on the Austrian compilation “Colors by Shiva”!
Later in 2007 “Ocean Of Love” was released again on a superb package including three new remixes plus a great music video!

She also crafted a track along with Thomas Bronzwaer (Arizona) called “Samurai” which completely elevated her in the dance scene as this was a track that had it all!
“Samurai” was infused with power, an emotional breakdown and everything else that is needed for a track to achieve the status of an anthem! It was even supported by some of the world’s top DJ’s including Armin Van Buuren and Ferry Corsten! Till today this track can do major damage on any dance floor across the globe!

Suzy keeps busy with a high powered schedule of live gigs all around the world and working on her new tracks in the studio!
She certainly is an inspiration to anyone that loves dance music and I for one am psyched to have the honor of doing this exclusive interview with her!

Question 1:What was the first thing that drew you towards dance music?
As a young child, I imagined electronic music in my head before EDM was a genre. I later became obsessed with finding songs that would fit that description and would search record stores with no luck for many years. Then in 1992, I found a trance compilation called "Tranceformed From Beyond" at a record store and I felt that it was what I was searching for my whole life. That was the beginning of my beautiful relationship with trance music:)

Question 2:While growing up did you ever imagine you'd eventually head down the dj road?
I knew I would be a DJ as far back as I can remember. My parents had the radio playing nonstop and it inspired me. As soon as I could speak, I told my parents that I wanted a record collection and by the time I started kindergarten, I had my own huge collection growing.

Question 3:How did you start out your career as a DJ  and when was the turning point when you really witnessed your career lift off?
I decided to go for my childhood dream of being a DJ in 1997 after listening to a very inspiring track called The Calling by Solarstone. Things just fell into place from there. I started by releasing a couple of demo tapes, which got me bookings locally, then I branched out into the world by playing on Internet radio stations. I first started to see my career taking off when I released "The Perfect Trance 1 and 2" compilation albums on Neurodisc/Capitol Records, which did very well in the Billboard dance charts.

Question 4:If I'm not mistaken you had several tv appearances in the past.How was that like and how did it come to be?
I went to school for video production but decided to do music instead. My parents told me that I would grow out of the music phase and they talked me into going to college. I agreed to take mass communications and psychology but ultimately decided that I was going down the wrong path when I realized that I never grew out of the music phase like they said I would.

Question 5:I know this is a question you get asked a lot but I still got to ask.Which do you most enjoy doing? Djing or producing?
I enjoy both! I get a rush from DJing to a loving audience but producing satisfies the need to create.

Question 6:What moment stands out in your memory as your most special gig?
There's so many special memories! Recently, I opened for Armin van Buuren in Tampa, Florida. Some of my favorite parties are the massive arena events that I've done in Calgary, Canada. The people there are like an extended family to me. I also loved playing in Hawaii; it's so beautiful and relaxing there:) Also I can't forget the crazy times playing in Colombia and Ecuador. I also had lots of memorable times playing in Germany and Holland.

Question 8:You run your own label Solar Power Music.How is that like and is it a company policy to sign lots of new artists? If so,what is the criteria to be on the Solar Power team?
We're still in the works on signing new artists. We lost our distribution so we'll be looking into that a bit more down the road.

Question 9:Which artists would you like to work with if you got the chance in the future and which has been or have been your favorites to work with so far?
There's so many producers that I would love to work with, like Simon Patterson, Photographer, MilamDo/Harmonic Rush, Aly & Fila, Simon O'Shine, JOC, the list goes on. So far, my favorites that I've worked with are Thomas Bronzwaer and Daniel Wanrooy.

Question 10:As I know there is a new album brewing in the Solar Power lab! I for one am certainly eager to get my hands on it! What can we expect to hear and will it contain any special surprises or guest collabs? Right now I'm working on a collab with Philip Mayer and it's an awesome uplifting trancer:) The other collabs and solo tracks will be sold as singles instead of an album.

Question 11:If you had to choose a favorite track in dance music from the last decade which would it be and why?
Darren Porter & Gareth Weston - First Contact (Extended Mix) [Aria Recordings] because it's the most emotional track I've ever heard. It perfectly conveys the intense conflict of pandemonium, doom, beauty and hope that comes with ushering in a new era of such an encounter of first contact with an alien race. This is my favorite track to drop at the peak to a massive audience. I love to see their reaction; they totally lose it!

Question 12:It has come to our attention that you recently had an appearance in a new movie cast as a DJ! How did that come to be and can you share a few details about the experience?
Last year, one of my friends had recommended me to a film production company and they cast me for their action film short titled "Peace, Love, Unity and Revenge" for The Action Film Challenge. They also used two of my tracks in the film. It was fun and I might continue doing more film projects if time permits:)

Question 13:Do you happen to have any plans on doing a new dj mix compilation in the near future? I know I for one would be happy to hear a follow up to the superb "The Perfect Trance" 1 and 2!
I was going to release a new compilation on my label and had already licensed the tracks, but the distribution fell through. I was also talking to another label about it. I'll keep everyone posted!

Question 14:The new year is well upon it's way! Do you happen to have any plans for 2014 or any personal goals you've set for the year?
My plans this year include producing, singing and playing more shows. For more info about my upcoming releases and tour dates, please like my music page at facebook.com/djsuzysolar.

Question 15:Do you happen to have a secret or something not many people may know about you that you'd like to share with us?
I have a funny secret to tell you. I had to kick out a top 100 DJ from my house party a couple of years ago! I'm not going to say who it is, but he got blackout drunk and did a bunch of stuff like throw food all over my kitchen, humped a guy's leg, tackled my bf for no reason and scuffed up my walls, then he followed me in the bathroom and locked the door behind him! Everyone wanted to kill him lol!

Thanks so much for taking the time to put together this special interview with me Suzy!
Keep on Trancing!
Posted by MusicTalk at 8:49 AM