(This interview was taken on January of 2014 for Generate Project) 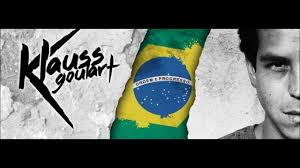 Klauss Goulart is an artist who certainly has been in high demand and has had the pleasure of witnessing his dreams form shape one step at a time. Klauss was born on the 23rd   of  November 1985 in Brazil. Since his early years he was constantly in contact with music due to his family’s love for Jazz and Bosa Nova.
It came at no surprise that this would shape Klauss into the artist he was yet to become.

In August of 2009 he had the privilege of releasing his first track of his career on the prestigious Armada Records!
That was the spark that ignited the producing frenzy and success which led to several releases on labels such as Flashover,
Coldharbour, Black Hole and High Contrast!

2010 saw him achieving the honor of creating an exclusive track  titled “Maximum” for Ferry Corsten’s forthcoming compilation “Once Upon Night Volume 2”!

2012 saw Klauss teaming up with Brazilian friend Mario Fischetti for creating
“You & I” (for CR2) and later remixing Gui Boratto’s hit “Beautiful Life”!

2013 was brought in rather nicely with Klauss teaming up with Mark Sixma, releasing a samba influenced track titled “Rio” this time for Armin Van Buuren’s own Armind imprint!

I’m certainly honored to have the privilege of doing this exclusive interview with Klauss himself! 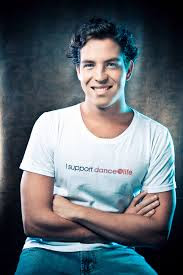 Question 1:How did you get into dance music and did you start off first as a dj or were you more of a producer?

First saw John Digweed's DVD "Rave" and felt in love with "POB - Blue Bottle", so I started to search more tracks like that and one thing let to another, came across Paul Oakenfold, Sasha, Tiesto and so on. It all started as a DJ first, playing in some friends parties.

Question 2:When did you know you wanted to pursue this career?

It was in 2010 when I was working on a big law firm in Brazil, started doing some parties and opened a sushi restaurant. So my boss, called me in his office and said I needed to choose, cause clearly it wasn't working that way hehe.

Question 3:What was your most defining moment,when you felt that you had accomplished a dream or personal goal?

Warming up for Tiesto in Paraguay and also when Armin e-mailed me saying he loved 'Turbulence'.

Its very different and unique each one. Own productions you are free from the very first start and remixing you kinda have a pressure on your shoulders. Will this remix be approved, will it get bigger than original, will you be able to set your own touch on it are a few things that goes through my mind when remixing, but I think I must say working on originals is more fun for me.

Question 5:Have you collaborated on a track with another artist or other artists from the scene and if so which did you enjoy most working with?

Question 6:Which artists are you influenced by and which would you like to work with if you got the chance?

Still get inspired by some of Tiesto's previews albums, Moby, Royksopp, I really love Hurts, Dave Matthews. To have a chance to work with them would be great ofc, but also would like to work with Arty and MaRlo, as they have a great unique sound.

Question 7:Everyone has his own personal way of starting to create a track.What is yours and what keeps you inspired when creating new tracks?

I always star with the melody, for an example, the melody of 'Absolute Chaos' was done 2 years before.

Question 8:Which gig of all you've done stands out as your fave and why?

There are a few nice ones, but if I'd have to peak 1, then I'd go with warming up for Tiesto in Paraguay, because I've always been a big big fan of him and I grew up listening to his songs, therefore this was one of my dreams.

Question 9:The new year has begun and it has a lot in store for all of us.What are your plans for 2014? Gigs in new countries you haven't set foot in yet? A compilation or artist album perhaps?

Just came from my debut in USA, played in Avalon for Coldharbour Nights, so luckily  I'll go back to tour in the US soon. I have a new single just out, the vocal version of 'Absolute Chaos' with Amanda Wilson doing the vocals. It is a kinda cross over of Trance and EDM sounds, I did a track together with Markus Schulz for his new album called 'Fireworks' which have a great vocal from Paul Aiden. Gig wise, yes I think that this year is the one that I'm going to be visiting new countries for sure.

Question 10:Where can we expect to see you pop up in the coming months?

Need to check this with my agent.

Question 11:Which label represents you the most  or do you feel most at home with?

Coldharbour have always embraced my sound, so yes, there is like home for me. Axtone is a great label also, I know its not trance, but they have quality releases every time.

Question 12:I see you have returned to Coldharbour with a brand new E.p titled Absolute Chaos! I know I for one am psyched to hear it! What can fans expect from it and congrats for receiving such support already!

Thank you very much! So nice of you!! Well it shows a diversity of my sound, as Absolute Chaos has a more techy groove, Nayana is very trancy and one kind of trance that I always wanted to do, very melodic and yet powerfull, with that kind of old Tiesto sound and Legions has a electro groove, so mainly I tried to get a wide audience with that EP.

Question 13:What is you favorite non musical activity?

Thanks a lot Klauss for taking the time for this interview!
Most appreciated!

Posted by MusicTalk at 9:08 AM